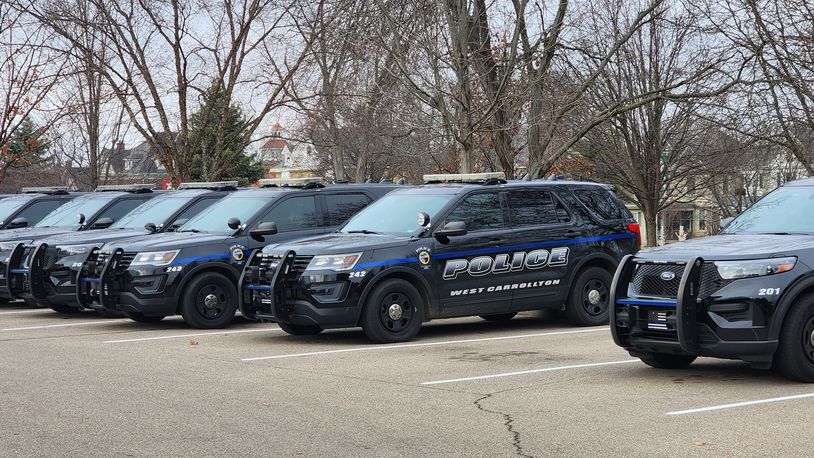 WEST CARROLLTON — West Carrollton police officers, sergeants and administrative employees will receive raises each year for the next three years.

A recently approved agreement between the city and the West Carrollton Police Association provides for 5% cost-of-living wage increases for police officers in 2023, 2024 and 2025.

“We also agreed that the patrol contract would pay a 5% premium pay for an officer who would have to fill in for a sergeant,” said City Manger Brad Townsend “We’ve also agreed to increase their cellphone stipend to $100 per quarter and add Juneteenth [as a recognized city holiday].”

It also authorized a contract with West Carrollton’s sergeants union for a three-year agreement with annual 5% cost of living increases, adding 10% premium pay for sergeants if they were needed to act as chief of police, and adding Juneteenth as a holiday.

“We hope both the chief (Doug Woodard) and DC (deputy chief David) Wessling stay healthy but in case they don’t, the sergeants are ready to back them up for a 10% agreement and that’s fair,” Townsend. “It’s rare, but it does happen.”

City council also approved a pay raise for all non-union employees, providing for a 5% raise that matches the one negotiated with the city’s union employees.

It also adds Juneteenth as a new holiday for all non-union employees.

“In addition to the new positions that are being added, we’re going to reestablish an assistant finance director’s position to add some capacity back to our finance department, which we have been sorely lacking for … 20 years probably,” he said. “We’ve added a clerk a council position because … Tom Riley, the finance director, has always been designated as council’s clerk of council for umpteen years and now that he’s gone, we’ve broken that out.”

Now that Tracy Rankin is West Carrollton’s clerk of council, the city needs to add that position to the pay scale, Townsend said.

The city also is adding a human resources executive assistant position, which will be Rankin’s new title, he said.

“She’s already performing a number of duties that are personnel related and this will just solidify that and also will make her a salaried employee moving forward,” Townsend said.

In addition, West Carrollton has eliminated the utility superintendent’s position and added two new positions, one to oversee the water plant and the other to oversee the sewer plant.