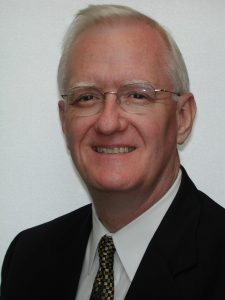 It is with great sadness that the West Carrollton City Council and city staff extend our condolences to the family and friends of Tracy Williams, former city manager, who passed away February 16. He was a much admired and respected friend and colleague.

Williams served the city of West Carrollton for 30 years as its City Manager from 1977 to 2007. Before coming to West Carrollton, he served in roles in Colorado, Arizona and California. He served in the U.S. Army from 1969-1971 after graduating from Ball State University. Williams also earned his master’s degree from Brigham Young University.

While employed by the city of West Carrollton, Williams was recognized for excellence in city management by the Dayton Area Managers Association, the Ohio City Management Association and the International City/County Management Association. He was also dedicated to community services through his volunteer work. In 2002 he was recognized as the Public Manager of the Year for the Miami Valley by the Dayton Area Managers. He was inducted into the Distinguished Hall of Fame by the West Carrollton Education Foundation.

Mayor Jeff Sanner, who served on city council during Williams’ tenure said, “Tracy was well known for his enthusiasm, energy, and sincere caring for the citizens of the community. Several words of his commitment come to my mind – honesty, integrity, interest and dedication.”

Upon his retirement, Williams remained involved in the community by volunteering and began work in the real estate industry. Tracy Williams will be greatly missed by the community he called home for the last 45 years. “He was a dedicated and compassionate leader who worked tirelessly to improve the quality of life in West Carrollton and the whole Miami Valley region,” said Sanner.